The VIATEC Awards celebrate the achievements of technology companies and individuals responsible for making Greater Victoria the fastest-growing technology region in British Columbia. Join us for an evening of rocket-fuelled entertainment, celebration, and more fun than grown-ups are used to! Stay tuned for ticket sales. In the mean time, nominate!

Event Status in response to COVID-19:

As current events have been unfolding, we’ve been working towards securing a backup date for the VIATEC Awards just in case. During this process we realized that companies may want to hold off on submitting nomination packages, signing sponsorship agreements, or even on purchasing event tickets – June isn’t that far away, and we’re all distracted right now.

So, we have made the exciting decision to officially move the VIATEC Awards to…

Even more exciting? We are returning to the Victoria Conference Centre’s Carson Hall again! We know a lot of you (including us) really miss the sit down dinner and the networking that comes with it. Well, this date and venue change mean:

These are challenging times and the VIATEC Crew are doing what we can to make the most of it. The VIATEC Awards have a reputation for being a very creative, entertaining and elaborate evening and we love the idea of blending it with the holidays and throwing the most outlandish and epic holiday party you can imagine. We’ve even placed holds for winter dates from 2021-2024.

Next Steps: Nominations will be paused for now. Those who have already nominated will be contacted when we open them back up (for the chance to update or revise their nominations). Sponsors that have already signed on have been contacted with more information. Tickets will go on sale in the fall! 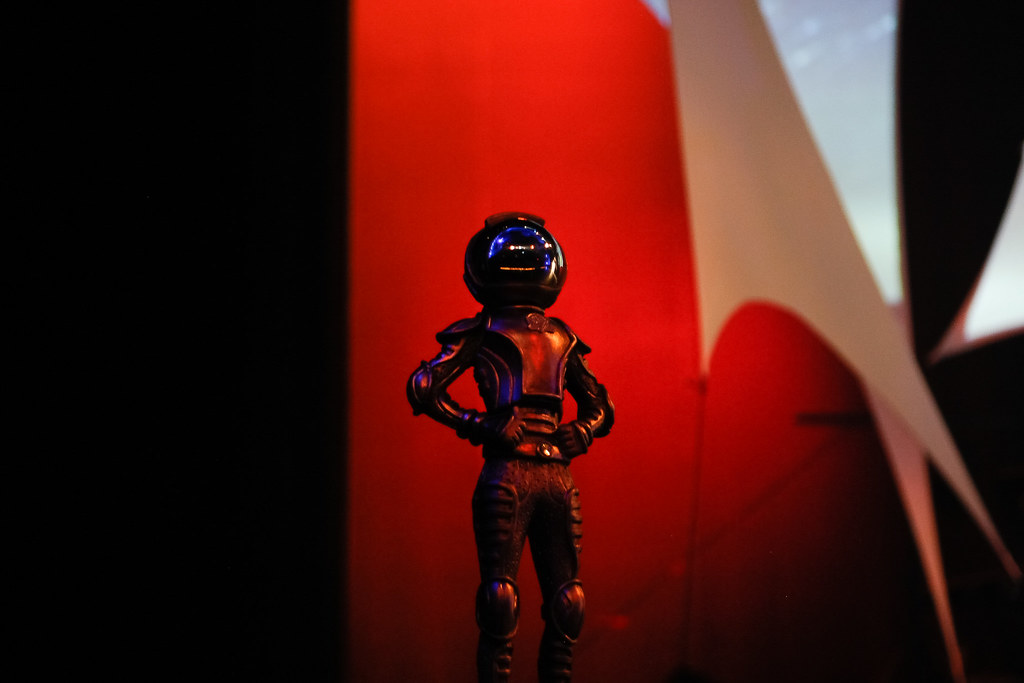 "YOU GUYS!!! You sure know how to throw a party. We were totally blown away by our experience at the 2019 VIATEC Awards. The live band, the captive audience, the flying orcas—just next level. Your community was fired up and that energy is just so contagious. You guys are an inspiration!"
Joanna Schlosser
Accelerate Okanagan
“The 2019 VIATEC Awards were pretty remarkable: The theme was brilliant and was woven in throughout; Bringing together an entire community that knows each other (due to all of VIATEC's efforts); Erin Skillen - who is ready to host the Oscars; Pure production value of an event with so many moving parts; Dan’s singing - which my wife won’t stop talking about; Rasool’s fundraising fury; The new trophies which are cool as hell. Honestly, I’ve had a smile on my face all weekend from attending.”
Ian Chisholm
Roy Group
“Just wanted to say thanks for all the hard work that went into the awards show! It was a great performance and you all did an amazing job. The entertainment was especially good and the whole event from beginning to end was even better than last year!”
Bobbi Leach
RevenueWire
“What a fabulous event on Friday! It truly showcased the Victoria tech scene as an amazing place to be for aspiring, innovative entrepreneurs. Congratulations to you and your team for an outstanding event. I’ll put this on my calendar for next year."”
Elizabeth Johnston
Ministry of Jobs, Trade & Technology
“Congratulations on presenting another excellent VIATEC Awards show this year! You make us all proud to be a part of such a vibrant and successful community. Thanks for all you do!”
Jim Balcom
Redlen Technologies
“I've been to many VIATEC Awards over the past 10 years and 2019 was by far the best! The VIATEC team, entertainers, presenters and host did an amazing job entertaining and showcasing the Victoria tech and entrepreneurial community. There truly is no place like the VIATEC Awards! I'm proud to be a member of the community, the city and VIATEC!"”
Mike Williams
eclipse360º

“This is a great way for us to hold up examples of some of our leading companies so people can recognize them, which I think is important because it’s motivating for other companies to see what’s possible, and motivating for teams that there is some level of recognition.”